Gold has played an important role in Vietnamese life and also Vietnam’s economy for many years. In the 20th century, Vietnam experienced war, high inflation, economic instability and currency devaluation. As a result, Vietnamese people trust gold more than the country’s currency, and also is their preferred asset class, as with other Asians.

Before 1975, gold was used as a medium of exchange and a unit of measurement. In the 1960’s, a Honda Cub motorbike was priced at 3 taels of gold, and the monthly salary of senior government official was pegged at 2 taels of gold (1 tael = 37.5 grams).

Kim Thanh was a famous refiner and bullion deader in Southeast Asia before and during the Vietnam War (1 Nov 1955 to 30 April 1975). Its gold bars (1 tael, with 99.99% purity) was used as a means of exchange and a store of value. After the Vietnam War, the Kim Thanh gold bars, or Swiss bars, were portable assets for the Vietnamese boat people and other refugees.

After the Vietnam War, there was a period of hyperinflation, which saw double-digit inflation from 1975 to the early 1990s, reaching its peak in 1986 (875%). In the late 1980s to the early 1990s, real estate, motorcycles, televisions, livestock and even agricultural products were priced and traded in gold. However, as inflation eased in the early 2000s, gold’s functions in exchange and price measurement gradually decreased, alongside the use and exchange of the Kim Thanh Gold Bar.

The Development of the Gold Market Since 1986

The development of the Vietnamese economy began with the introduction of Doi Moi, or Renovation, in December 1986. The set of economic reforms aimed to develop Vietnam’s centrally planned economy into a market-driven one with a socialist orientation.

The early 1990s witnessed the first wave of foreign direct investment (FDI) into Vietnam, which pushed its GDP to 8-9% by the mid-1990s. In 1997, the currency crisis hit Asia, particularly Thailand and Indonesia, but its effects on Vietnam was less, as the country’s financial market was not open to foreign countries. The damage in Vietnam was limited to a fall in GDP, to 4% in 1999.

In the 2000s, FDI flowed back into Vietnam. This pushed its GDP above 8% in 2005, a level that was maintained for 3 years. The growth in FDI was 8.5% and exceeded $20 billion in 2007. This growth created a new-found appetite for investment among the Vietnamese. Gold, real estate and stocks became popular asset classes for investments.

In relation to the regulation of gold, the government abolished all administrative licensing for the management of gold trading activities in 1999, and in the following year, the State Bank of Vietnam, the country’s central bank, allowed credit institutions to mobilise gold in term deposits along with Vietnamese dong deposits guaranteed by gold. Besides that, the import of gold was permitted in 2001.

In 2005, Vietnam’s finance ministry reduced the import tax on gold bars from 1% to 0.5%, and in the following year, the central bank approved margin trading on domestic and foreign gold.

In June 2008, the government decided to stop the import of gold. However, this created a surge in gold prices and resulted in more parallel imports.

In November 2009, the government resumed gold imports, which resulted in a sharp increase in import figures and a sharp drop in reserves.

After years of active and free trading, particularly from 2008 to 2010, the central bank decided to take action to cool the gold market. It issued control measures, which included the closure of more than 20 gold trading floors.

The market has been stable since the Vietnamese government issued a decree in 2012 to enable the central bank to directly intervene in the gold market. The State Bank of Vietnam thus became the sole controller of gold trading in the country. The new rules meant that only companies with a minimum capital of 100 billion Vietnamese dong, yearly tax payments of 500 million Vietnamese dong, and branches in a minimum of three provinces would be allowed to trade gold and import gold bars. However, this put many small gold traders out of business. Gold traders decreased sharply from over 10,000 to around 2,500.

Some credit institutions and jewellery manufacturers had to close, as a result of the new rules, which stated that a credit institution must own a charter capital of at least 3 trillion Vietnamese dong and have registered for gold bar trading and be based in at least five provinces and municipalities. In order to qualify as a gold jewellery manufacturer, the company must be lawfully established, possess a business registration certificate to make gold jewellery, and have the necessary production facilities and equipment.

According to information found at the State Bank of Vietnam website, we understand that the gold market is still under very strict controls, and there is not much freedom to import and export gold. We also understand that the Vietnamese government is solely authorised to produce gold bullion, and it is also the only entity authorised to import and export raw gold for bullion production. Companies can import raw materials used in gold jewellery production, but this requires a license from the central bank, which is also required for trading gold bullion in Vietnam.

The following list of prohibited acts was published in Vietnam Law & Legal Forum magazine on 27 April 2012:

The decree created problems for local gold jewellery manufacturers, as they could no longer access gold material for import purposes. The central bank later gave permission to a few firms to import gold materials under their strict supervision, but as yet no gold import quota has been granted.

Despite the strict rules governing the gold trade, there is no shortage of imported gold bars in the market as there is a healthy underground market for gold with a higher premium of US$40/troy oz from Cambodia, Laos and China. Additionally, while the gold retail distribution network has changed superficially on the surface, the core business remains strong, with about 10,000 gold shops in the country, selling gold chi rings over the counter and gold tael bars under the counter.

On the surface, the gold market in Vietnam is a very highly regulated one, with the State Bank of Vietnam controlling nearly all aspects of gold trading and manufacturing. However, in practice, there is a thriving underground market to meet the demand of about 50-60 tonnes of gold per year, according to Metals Focus and WGC data.

– To manage the purchase and sale, import and export of gold and foreign exchange and SBV’s plan on gold bullion production for each period and other activities related to gold as assigned by the Government; to coordinate with relevant agencies in purchasing and selling gold bullion in the domestic market, to mobilize gold from organizations and individuals in accordance with laws.

Management of Gold Trading The legal ownership of gold by entities and individuals are acknowledged and protected in accordance with laws. Organizations and individuals engaged in the business of gold must comply with the Government’s regulations and other relevant provisions. The SBV, on behalf of the Government, manages gold trading for the aim of developing a stable and sustainable domestic gold market.

– For the gold bullion market:

– For the export and import of raw materials for the gold jewelry production:

+ The SBV will consider allowing the licensed gold mining enterprises to export the raw gold.

+ Gold trading enterprises which have signed gold jewelry processing contracts with foreign enterprises are considered by the SBV to be granted the license of temporary import of raw gold and to re-export finished products.

– The other gold trading are operations under the list of restricted goods and services. Organizations and individuals shall be eligible to operate the other types of gold trading after getting the permission from the Prime Minister and license from the SBV.

– Individuals carrying gold when entering and exiting the country:

+ Individuals who travel with passport are allowed to carry gold jewelry, ornaments. They shall not be permitted to carry gold bars and gold material (except for the settlers).

+ Individuals who travel with other travel documents are not allowed to carry raw gold, gold bullion, gold jewelry (excluding jewelry for personal use).

The SBV has rights and obligations to inspect and supervise the production of gold jewellery; gold bullion and jewellery trading; the export and import of raw gold and other gold trading.

Unit of Gold Trading in Vietnam 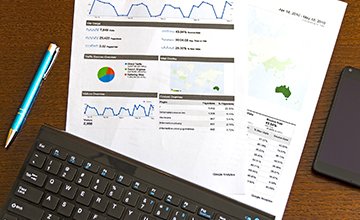