In 1993, at the age of 40 and after eight exciting years with the Royal Canadian Mint in Asia, I migrated with my family to Singapore to take on the position of Regional Manager at the World Gold Council. While engaging in market development work there, I joined the Singapore Bullion Market Association (SBMA) at its inception as its honorary secretary. This was the start of my decades-long involvement with the association, which continued even after I left the World Gold Council.

In 2015, I was invited to lead SBMA to continue the association’s unfinished work and champion Singapore as a gold hub for ASEAN and beyond, again on an honorary basis, though with the help of a small team. This has been a role in which I have been very happy to contribute by grooming the next generation of market development professionals.

In 1993, the Singapore government announced the implementation of the Goods & Services Tax (GST) scheme to all business transactions. In response, JP Morgan and the World Gold Council felt it was necessary to form an industry forum of bullion market participants to lobby the government for concessions for gold trading businesses dealing in physical transactions, hence the birth of SBMA.

SBMA was formally registered as an association in December 1993 and became operational in 1994 with an initial membership of only 16 corporate members from the gold industry. It was not until 2015 that we had our first full-time staff and our own office. Prior to this, the association’s secretariat and registered address was the World Gold Council’s Singapore office.

From its inception, SBMA contributed to discussions and deliberations between the bullion community and the Inland Revenue Authority of Singapore (IRAS). We convinced IRAS to exempt re-exported physical gold bars from GST through a special scheme to qualified bullion banks and houses, which took effect on 1 April 1994.

The long bear market in the late 90s, which led to the departure of key personnel in the gold industry and the closure of gold desks at many international bullion houses and banks, put SBMA into inactivity since 2000, though it remained a registered association. However, in the advent of the financial crisis in 2008 and its aftermath, there were growing activities in the bullion market and players that had left the market re-entered Singapore and became active again.

In February 2012, Singapore said it would exempt investment-grade bullion and precious metals (IPM) from GST (currently 7%) to encourage the growth of refining, trading, clearance, custodian/storage services, market-facing institutions and retail investors in the country’s bid to become a gold hub. The market took the announcement positively, and the bill, which exempted IPM from GST, came into effect on 1 October 2012.

This was the result of extensive efforts initiated by government agency IE Singapore, the predecessor of Enterprise Singapore, which engaged with members of the bullion community such as the World Gold Council, commercial banks, and bullion houses as early as 2010 to look for ways to develop Singapore as a hub for financial market activities such as oil and precious metals.

With the support of IE Singapore, the World Gold Council and key bullion players took the lead to revive SBMA and engage with various government agencies and the international bullion market in pursuing the proposition of developing Singapore into a global gold-trading hub alongside London and Zurich, amid strong Asian demand.

SBMA currently has 46 corporate members and the membership base is still growing. We represent key stakeholders from the precious metals industry, including bullion banks, exchanges, refineries, bullion merchants and secured logistics support companies. The association plays a pivotal role in the development of Singapore as an ASEAN precious metals hub and also as one of the most global centres of connectivity for precious metals.

Our vision is for Singapore to be a global precious metals trading hub; the most vibrant one in Asia with the respective strengths of London and Zurich – a financial and a physical hub for precious metals. Our mission is to assist member companies in business, commercial and economic activities, promote them commercially, facilitate research and the exchange of commercial and academic knowledge about the gold market, and monitor gold market developments.

Our annual Asia Pacific Precious Metals Conference (APPMC), which is supported by Enterprise Singapore in association with the Chinese Gold & Silver Exchange Society (CGSE) and managed by Foretell Business Solutions, has been well-attended since its inaugural edition in 2017, and has been growing each year.

Industry milestones since our launch include the 2010 opening of the Singapore Freeport, a free trade zone at Changi Airport that facilitates the storage and movement of gold, plus many other storage facilities provided by secured logistics service providers and bullion trading companies; the lifting of GST on investment precious metals in 2012 and the opening of Metalor Technologies Singapore, the first world-class bullion manufacturing and refining facility in the country; and many regional bullion and trading companies opening their trading operations in Singapore.

SBMA will continue to work with stakeholders on introducing a benchmark gold price in an Asian time zone to cater to the region’s gold market and help build Singapore to be an efficient trading, clearing and storage centre that attracts key players in the international bullion community. This is a big step forward that requires the support of authorities and the cooperation of key bullion players in the region.

With Singapore at the forefront of digital financial services in the region, we hope to engage stakeholders – both regulators and users – to promote the use of physical gold as a tangible asset to back the units created in the crypto space. We are also in discussions with key gold jewellery manufacturers in China (the biggest in the world) to use Singapore as a hub to connect to the consumer base in Southeast Asia and beyond and to service countries along the Belt and Road route.

At the same time, we want to become a thought and innovation leader for the Asia Pacific bullion market. APPMC will no doubt be crucial for this as it continues to attract bullion market players to Singapore and grows in importance on the bullion market calendar, particularly among global players hoping to use Singapore as a springboard for growth in Asia Pacific. 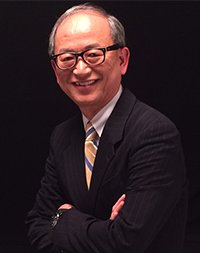 ALBERT CHENG is a gold industry veteran and has spent over 30 years working in the field in various capacities. He is currently the honorary CEO of SBMA and Advisor to the World Gold Council and Shanghai Gold Exchange. Before his retirement in 2015, he spent more than 20 years at the World Gold Council, becoming Managing Director, Far East in 2003.

Snapshots Of Engagement Activities In Asean Countries During The Early Days Picture 4: Jewellery sales counters at the Central Market in Phnom Penh, Cambodia (around 1994). Picture 6: Jewellery manufacturing in Laos in 1994. 
Prev ArticleNext Article
Back to Index