Platinum had a clear change of course in the middle of August 2018 after all commodities and emerging currencies were sold in what we call a selling climax. Platinum hit $755, which was the cheapest price since the aftermath of the Lehman shock in October 2008. Back then, car makers rushed to sell their stocks when it hit $2,300 to get liquidity during the Lehman crisis, the historically highest price due to the electricity problem in South Africa. In a sense this drastic move was the car makers’ own doing. They bought it up to $2,300 and sold it down to $750.

Figure 1: Platinum’s price over the past 20 years Since then, platinum certainly has had its ups and downs. Stricter environmental regulation on diesel engines has affected its use in automobile catalysts, the metal’s biggest demand area. This was compounded by misconduct by European car makers who were found to be rigging emissions tests on their diesel engines in 2015. Europe, the biggest market for diesel cars, was affected in a big way. Demand for small passenger cars using diesel shifted in favour of gasoline or EV vehicles. These moves, coupled with global environmental move away from diesel, had a deep psychological impact on investors. With ample supply coming from South Africa, a stable supply from catalyst and jewelry scrap, as well as the increasingly weak South African rand, investors did not see any good opportunities to invest in platinum.

Furthermore, precious metals investors also had their eyes on gold and palladium. Gold historically has had a large numbers following and enthusiastic believers like central banks. There is always someone who is buying gold. Palladium on the other hand, quite contrary to platinum, saw ever increasing demand from its use in catalysts in gasoline cars, which caused a supply shortage that piqued the interest of investors. As a result, platinum fell by the wayside and the price of gold surpassed it more than 5 years ago, and palladium went premium in 2017.

Will the price of platinum lag gold and palladium forever? I don’t think so. First of all, platinum, priced below $900, is too cheap even in this market. The value of the metal as a catalyst or jewelry should be more valuable than palladium or gold. Its production cost is way higher than $800. Some investors seem happy at at this situation and are putting their funds into platinum ETFs, which have grown significantly since the start of 2019. This investor interest coupled with the steady price of gold should keep the price of platinum in check despite the weak environment for the metal. The worst is over and platinum should stay above $800 and hopefully move closer to $1,000 if gold reaches $1,400. The weakness of platinum has spurred the popularity of palladium, which has grown in price because it had 1/5 of value of Platinum. Catalytic converters in gasoline engines do not need a high specification of platinum catalyst so naturally car makers and catalyst manufacturers used less but enough capable and much cheaper palladium. A large proportion of automobile produced globally are gasoline engine cars. The demand for palladium catalysts grew 100% in the past 10 years, from 180 tonnes to 264 tonnes, while output by the two largest producers – Russia and South Africa – has largely remained at the same level, according to Metals Focus. As a result, a supply-demand deficit has persisted for the last 7 years, which is the main reason for the sharp increase in the price of palladium in the last decade – from $200 in 2009 to $1,600 in 2019. Palladium lease rates reached 30% a year at its peak. These fundamentals lured physical investors and Nymex investors alike into buying palladium and that interest likely pushed up the price more than they should. Good long liquidations from investors pushed palladium from $1,600 to $1,300, but its price currently remains volatile.

But the basic supply and demand has not changed at all. Interestingly, the ETF balance has been decreasing while the price of palladium has been growing. This probably means physical palladium was withdrawn from the ETF due to the supply shortage, quite a keen contrast against that of platinum.

We cannot expect palladium supply and demand situation changes in near future. That is either we have sharply more supply or sharply lower demand. Palladium as a by-product of nickel in Russia and platinum in South Africa cannot increase its production. Gasoline cars still dominate automobile production and this will also not change in big way any time soon. EV still has the smallest share of the all the cars produced in the world despite of the media’s wide coverage. Because of the huge volatility so far this year, attitudes toward palladium will remain uneasy but as long as the supply and demand situation does not change, it will remain much higher priced than platinum. 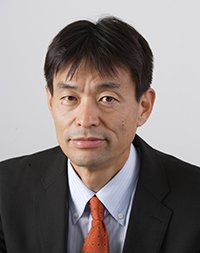