The resources sector, including the gold industry, is a major contributor to the Australian economy, accounting for more than half of the country’s exports.

Australia has five of the world’s 20 largest gold mines. These include the Cadia mine, in 10th position, Boddington (11th), Super Pit (14th), Tanami (19th) and Tropicana (20th). These five gold mines account for 2.8% (95 tonnes) of global gold production.

Australia also has two of the world’s 20 largest gold mining companies, of which Newcrest Mining is 10th and Northern Star Resources is 20th. These two companies account for 2.9% (99 tonnes) of global gold mined production.

Most gold mining companies have adopted the World Gold Council’s guidelines for reporting all-in sustaining cost (AISC) of production. Australia’s average AISC is US$742 per troy ounce, which is below the world AISC average of US$804 per troy ounce. Australian gold producers are, on average, more competitive than gold producers in Canada, United States, Brazil and South Africa, but less competitive than those in Russia, China and Mexico. Healthy margins are being made throughout the sector on a per ounce gold basis.

Presently, the Australian gold industry is enjoying favourable market conditions, with high gold prices in Australian dollar terms. Both Australian and US dollar gold prices have trended up over the last few years, and an upward trend is expected to continue until 2024. Australia is not only a major producer and exporter of gold: it is also a key player in the gold refining industry. Most gold mined in Australia is refined at the Perth Mint Refinery in Western Australia before being exported. Perth Mint is one of the largest refineries in the world, with an annual refining capacity of over 300 tonnes. The refinery is one of a few global gold refiners with accreditation from all of the major gold exchanges – the London Bullion Market Association (LBMA), the New York Commodity Exchange (COMEX), the Shanghai Gold Exchange (SGE), the Tokyo Commodity Exchange (TOCOM), and the Dubai Multi Commodities Centre (DMCC).

ABC Refinery – the exclusive manufacturer of ABC Bullion – is Australia’s largest and most technologically advanced independent gold refinery in Australia, accredited by SGE and LBMA. The accreditation is a testament to its ability to refine and produce gold products to a world-class standard.

In 2018, demand for Australian gold was largely dominated by Hong Kong and China, which accounted for 37% and 31% of Australia’s total gold exports respectively. Hong Kong is a fast-growing market for Australian gold, as the Special Administrative Region’s close links to China and the recent collaboration between the Shanghai Gold Exchange and the Chinese Gold and Silver Exchange has increased physical gold trading activities. Other important destinations for Australia’s gold include the United Kingdom — with an 8.5% share of Australia’s gold export markets — followed by Thailand (8.2%), Singapore (6.2%), and India (3.8%). Australia imported 112 tonnes of gold in 2018, with a value of AUD$6.1 billion. Of this, 47% came from Papua New Guinea (PNG), 9.3% from New Zealand, and nearly 44% from other countries. Virtually all gold ores from the Ok Tedi mine in PNG are shipped to the Perth Mint refinery for processing and re-export.

Australia’s domestic gold market consumed 54 tonnes of gold in 2018. There are 82 gold bullion traders in Australia which provide facilities to buy, vault and trade physical gold bullion. Despite having no bullion market exchange, the Perth Mint – a member of the LBMA – has been considered as something of a proxy for the Australian gold market. It distributes over AUD$18 billion of pure gold, silver and platinum bullion bars and coins to investors in more than 100 countries every year. Through its depository capacity, the mint also provides the world’s sole government precious metals investment and storage program.

Significant challenges to the sustainability and longevity of the Australian gold industry exist, including the identification of new quality resources to facilitate timely ore reserve replacement. The March 2019 Resources and Energy Quarterly estimated that around 153 tonnes of gold mine capacity (at current production rates) in Australia would be shut down between 2019 and 2024.

The long term future and sustainability of the Australian gold industry is reflected by its economic demonstrated resources (EDR), which refers to resources that are established, analytically demonstrated or assumed with reasonable certainty to be profitable for extraction or production (Figure 4). Australia’s EDR is the largest of any country in the world, with 18% of the total, ahead of South Africa (11%), Russia (10%), the United States (6%), and Peru (5%). At the end of 2017, Australia had an accessible EDR of 10,070 tonnes of gold, of which 38% (3,869 tonnes) was classified as ore reserves. Approximately 75% (2,903 tonnes) of the gold in ore reserves is attributable to 71 operating gold projects. 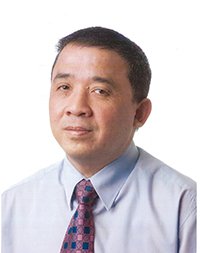 THUONG NGUYEN is an economist and gold analyst at the Office of the Chief Economist, Australian Government Department of Industry, Innovation and Science, a position he has held since October 2015. In this role, he is the author of the macroeconomics and gold chapters of Resources and Energy Quarterly, the Australian government’s flagship publication which provides comprehensive analysis and forecasts of global resources and energy commodities. Before this, he was a senior policy officer working on resources and energy strategic policies at the Department of Resources, Energy and Tourism.