China’s economy is vastly different now compared to 2003, at the height of the SARS outbreak. A consumption-led economy means the economic fallout from the novel coronavirus (Covid-19) outbreak could be larger, argues the World Gold Council’s Ray Jia.

The Covid-19 outbreak in China is being contained currently as the number of reported infections continues to fall, but China’s economy and gold market is still under pressure.1 To understand the current situation, it helps to look at what has happened in the past – the severe acute respiratory syndrome (SARS) outbreak in 2003 is the closest comparison that can illustrate how Covid-19 may affect China’s economy and gold market. However, one should keep in mind that impacts are not alike since China’s economy is at a different stage now, and the gold market was much smaller then.

The SARS outbreak, which occurred between March and July 2003, slowed China’s economic growth temporarily.2 China’s gross domestic growth (GDP) growth dropped to 9.1% in Q2 2003, down from 11.1% the quarter before. Growth in key economic indicators during this period, such as retail sales, also took a hit as the streets were left empty as people sought to minimise the spread of the virus.

But the economy soon rebounded: GDP growth in Q3 climbed above 10% as the SARS outbreak was contained. Other key aspects of China’s economy also recovered quickly, supported by: Consumption, investment and export’s contribution to GDP in 2003 and 2019

China’s economic growth could face more challenges from the Covid-19 outbreak than from SARS in 2003. First, the contribution of consumption to GDP has grown to nearly 60% in 2019, up from 30% in 2003.3 This means a significant hit on consumption will leave a deeper dent on China’s GDP growth. For example, China’s box office revenue during the 2020 Chinese New Year holiday dropped by over 90% from the year before, according to the National Bureau of Statistics.

Second, cyclical supports have lost momentum. Low levels of urbanisation provided large room for China’s property development investment growth in early 2000s. Equipment investment was also on an upward trajectory then as China just joined the World Trade Organization. These factors fuelled China’s economy in 2003, but both measures currently are at different stages due to a stricter housing price stabilisation policy and structural economic transformation.4


Property investment has been an important driver of China’s economy… …so is equipment investment Effects on the gold jewellery market

China’s jewellery demand dropped sharply during the SARS outbreak. According to the National Bureau of Statistics, monthly gold and silver products retail sales during the SARS period kept declining. And in Q2 2003, China’s jewellery demand plunged to 41.7 tonnes, a 54% decline from the previous quarter and 21% lower than the same period in 2002, the lowest level in 20 years. Covid-19 has left China’s jewellery industry in limbo. According to a recent survey by China Gold Association, even though more than 50% of jewellery stores reopened with shorter business hours, very few customers turned up, as the public is avoiding leaving their homes unnecessarily to avoid infection.

With deserted stores comes cash flow issues, but leading brands have taken action. To help their franchisees – representing 90% of jewellery retail stores in China – weather the storm, leading jewellery retailers have lowered or even waived store rental or franchise fees during this critical period.

The supply chain is also under pressure. Our trade partners in Shenzhen, China’s jewellery manufacturing hub, have told us that major manufacturing lines have resumed with strict working arrangements and protection for employees. However, many manufacturing plans are behind schedule, with fewer working days and lower efficiency due to more stringent health protection measures. Jewellery wholesalers’ showrooms are open but remain empty. First of all, subdued jewellery consumption means less replenishment from retailers. As public gathering is discouraged and traveling to Shenzhen is not as easy and safe as before, many retailers have chosen to restock via wholesalers’ online channels.

As such, we expect China’s jewellery demand to be severely impacted in Q1. However, the booming jewellery sales ahead of the Chinese New Year holidays, when most people were still not aware of the virus, will limit Q1’s decline to some extent. Nonetheless, weakened jewellery sales in Q1, traditionally the peak season for Chinese jewellery retailers, will affect overall jewellery demand for the year.

The virus could also affect the industry structurally. First, sluggish jewellery consumption expectations might lead to a slower pace of expansion among major jewellers. Furthermore, cash flow problems will weed out many market players, leaving only jewellers with healthy financial conditions, brand values and industry resources, fostering the industry’s consolidation and sustainability. The adoption of innovations among jewellers is also likely to accelerate. Upon realising the benefits of bringing businesses online when everyone stays home, jewellers could increase their investment into digital platforms and online retail channels. Meanwhile, online consumers, mainly the younger generation, will become the focus of jewellery retailers, steering their product range towards lighter, more affordable pieces, which are preferred by this demographic in China.

Finally, the gold price’s solid performance in February serves as an excellent example demonstrating gold jewellery’s intrinsic monetary value compared to other products. This will certainly benefit the jewellery industry in the long run. The SARS outbreak’s influence on Chinese local gold price was negligible. In 2003, factors such as US-Iran tensions, the Iraq War, the US dollar and the US Treasury yields were driving the gold price in China. In other words, gold’s performance during the SARS period had a very low correlation with the SARS outbreak that caused sudden shocks to China’s equity market and economy. At the same time, China’s gold investment market was much smaller back then.

While major Chinese assets such as stocks and commodities were hampered by the virus on the first trading day after the Chinese New Year holiday, gold soared. Evident corrections in major assets contributed but more importantly, easing monetary policy environment and rising geopolitical tensions in the Middle East during this period were the major factors lifting international gold prices.

However, China’s bar and coin’s offline retail demand could remain subdued in the near term. First, the high gold price might deter some investors. Second, the virus’ potential damage to China’s economy could mean lower purchasing power among consumers. Finally, similar to jewellery sales, bar and coin demand is also vulnerable to empty streets. 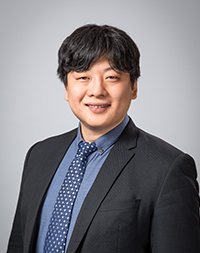 RAY JIA joined the World Gold Council in early 2019, and works within its Market Intelligence Group as a research manager for the China region. He previously held various positions at China Industrial Futures, focusing on market analysis for major commodity classes and international macros for both individual and institutional investors.