Gold in the Time of Coronavirus Over the past few weeks, we have seen Covid-19 evolve from a predominantly Chinese outbreak to a global crisis. As of March 16, 2020, there have been nearly 165,000 confirmed cases and over 6,500 deaths across 146 countries, and these numbers continue to increase on a daily basis. Although China remains the hardest-hit country in absolute terms, relative to its population, more than 20 countries, most of them in Europe, have now surpassed it.

Concerns about COVID-19’s ability to continue spreading have sent shock waves across markets.

The virus is now officially a pandemic, according to the World Health Organisation. Concerns about its ability to continue spreading have sent shock waves across markets. Equity prices around the world have suffered sharp declines and bond yields in key markets have collapsed to all-time lows. Industrial commodities have also come under pressure.

As a result, authorities in a number of countries have either implemented or promised monetary and fiscal interventions, which at times have offered some support. In spite of such efforts, risk aversion has continued to spread. Most notably, the 50 and 100 bps cuts by the US Federal Reserve on March 3 and March 15 respectively, have done little to help US equity prices.

For a while, gold was one of the few beneficiaries, as investors have looked for safe haven assets to help diversify their portfolios. Since the beginning of February, gold exchange-traded fund (ETF) holdings have increased by more than 100 tonnes and in the first half of February, money managers’ net positions in Comex futures rose by nearly 180 tonnes, although more than a third of that was later sold off. In turn, this fuelled a rally to a peak of $1,703, a level unseen since before the 2013 liquidations. Meanwhile, gold prices denominated in euro as well as a number of Asian currencies reached all-time highs. More recently, as panic selling eventually spread across all asset classes, safe haven assets also experienced heavy liquidations. Bond yields rebounded and gold prices collapsed. As of March 16, the dollar price was once again trading in the 1,500s – close to where it started 2020. It is important to stress that even after these corrections, gold continued to significantly outperform other asset classes, most notably equities, where most major markets have suffered double-digit declines year-to-date.

The impact of the crisis on other precious metals prices has been negative. Silver has been dragged down by the sell-off in industrial metals and has underperformed gold, sending the gold-silver ratio to a record high of 123. Platinum has experienced similar challenges, amplified by a market in surplus. Palladium and rhodium prices have also suffered corrections, but remain historically high, bolstered by a perception that even under the most pessimistic Covid-19 spread outcomes, their markets would remain in deficits. It is worth noting that for a short while, all palladium group metals (PGMs) received a boost from news about supply disruptions in South Africa, but this soon evaporated in the face of rising risk aversion. Looking ahead, we believe the Covid-19 outbreak is likely to continue affecting global markets and, by implication, precious metals, at the very least for the next few weeks and likely the next two to three months. Although the rate at which confirmed cases are growing has slowed down significantly in China, it is accelerating across some key Western economies, notably the United States, Italy, France and Germany.

In contrast to its impact on institutional investment and prices, the Covid-19 outbreak has and will most likely continue to weigh on the physical market.

Italy, Spain and France have already implemented aggressive containment measures that will undoubtedly affect their economies. Other nations may well follow suit, while individuals are also likely to increasingly exercise caution in their day-to-day activities. Against this backdrop, further pressure on global growth seems inevitable. Investor anxiety towards that prospect will likely amplify this as far as market moves are concerned. In this environment, gold’s downside will at the very least be supported. Eventually, we expect a healthy rebound to emerge, as the appetite for safe haven assets remains strong. In theory, some support for economic activity may emerge as more monetary and fiscal stimulus measures are implemented. However, we are sceptical of the effectiveness of such measures, at least while the virus continues to spread. As consumer and businesses activities are restricted, they will probably struggle to make use of these injections. Such concerns may also explain why the interest rate cuts in the US failed to rejuvenate the country’s equity markets.

Meanwhile, loosening monetary policy will likely also benefit gold. Short-term US dollar interest rates have moved deep into negative territory as a result of policy rate cuts. Longer-term yields are also extremely low. Before its recent rebound, the 30-year inflation-indexed yield moved into negative territory for the first time in the bond’s history.

In contrast to its impact on institutional investment and prices, the Covid-19 outbreak has and will most likely continue to weigh on the physical market. Although some risk-averse retail investors will be drawn to gold, we believe this will be far outweighed by the negative impact the crisis will have on demand elsewhere. Around the world, restrictions to consumer activities, concerns about the impact of the crisis on personal incomes and elevated gold prices have been and will almost certainly continue to weigh on jewellery consumption and, in many markets, also physical investment. 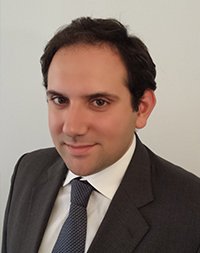 NIKOS KAVALIS is a founding partner of Metals Focus. He has over 16 years of experience in precious metals, having previous worked for the Royal Bank of Scotland and GFMS. Since September 2019, Nikos has been based in Singapore, where he also runs the local subsidiary of Metals Focus.