South Korea is a dynamic and innovative country, and its economic growth in the last four decades has been led by its cutting-edge semiconductor industry. The country is also the world’s 12th largest economy and Asia’s fourth largest, in terms of GDP.

According to the World Gold Council (WGC), South Korea ranks 35th globally in terms of gold holdings, at 104.4 tonnes.1 This amounts to about US$4.79 billion, and the market value of gold reserves for the total foreign exchange holding rate is merely 1.3%.

According to Gold Fields Mineral Services (GFMS) South Korea ranked seventh globally in terms of total demand for gold fabrication (including the use of scrap), up 1.4% year-on-year in 2018 at 80.9 tonnes.2 According to the latest data from the South Korean government, as of the 2018 announcement, approximately 98 tonnes of gold were supplied: 41 tonnes for gold jewellery manufacturing, 38 tonnes for industrial use (PCB, semiconductor, electrical and electronic devices), 16 tonnes for investment gold, and 1 tonne for medical devices. Compared to 2013, the demand for gold investment grew from 5.5 tonnes per year to 16.6 tonnes in five years on the back of its growing importance among investors as a safe haven asset, and investment demand for gold is expected to rise even more in the future.

According to data from the Korea International Trade Association (KITA) gold exports in February 2020 reached US$291 million, the largest in seven years, amid high gold prices.3 On the other hand, gold imports for the same period stood at US$68 million. The recent sluggish exports in the semiconductor and major manufacturing sectors have recorded a surplus in all gold excluding coins, trade balance (US$223 million) (fig.1).


Figure 1 : Import and export of Gold

The growing uncertainty worldwide caused by the Covid-19 pandemic has resulted in stronger demand for gold, which has affected the South Korean gold market. The price of gold averaged 173,583 won per gram (US$38/g) in 2018, but began to rise in August due to global economic uncertainty and a prolonged trade war between the United States and China in the third quarter of 2019. Average monthly gold prices closed at 200,853 won (US$44/g) in 2019. Meanwhile, the price of gold, which emerged as a safe asset due to the pandemic, also temporarily went south. But recently, as central banks, including the US Federal Reserve Bank, took active measures to stimulate the economies and economic distress prompted the preference for safe assets, international gold prices rose again to a record 240,803 won (S$53/g).

According to 2Q 2019 data from GFMS, global gold investment decreased 7% year-on-year, but demand in South Korea grew by 30% (from 4.6 to 6 tonnes). As market uncertainty mounts, the demand for safe haven investments such as gold bars is gradually rising. And silver bars are in short supply too, not to mention mini gold bars (3.75 g, 18.75 g, and 37.5 g). Amid concerns about the global economic downturn, it is expected that the price of gold and the demand for gold bars will continue to grow.

The South Korean jewellery market has high growth potential, as it is a high-value-added industry based on skill-intensive features driven by sophisticated workmanship and high-quality manufacturing. It is also highly likely to converge with the increased global demand for Korean culture. South Korea is ranked seventh globally in terms of gold jewellery manufacturing quantity, with 40.2 tonnes. According to Euromonitor, the South Korean luxury market grew 5.8% year-on-year to US$23.7 billion in 2018, of which the luxury jewellery market was valued at about US$1.6 billion, accounting for about 7.8% of the entire luxury market.

The total number of precious metal jewellery businesses in South Korea is 15,557, with approximately 11,000 retailers, 1,600 manufacturers and 2,200 wholesalers in operation. Some observers say the market itself is somewhat small because private businesses account for 92% of the total. However, it can be regarded as a stable market, given that the numbers of companies and employees have not changed significantly for a decade, and that 20-something-year-old businesses account for 25%.

GFMS reported that as of 2Q 2019, global quarterly gold jewellery consumption fell by an average of 11% compared to the previous year, and that of South Korea also decreased by 12% compared to 4Q 2018 (from 10 tonnes to 8.8 tonnes).

Unlike gold exports, South Korea’s jewellery exports keep running record-breaking trade deficits annually. As of 2019, exports were up 6% from the previous year to some US$108 million, but imports during the same period increased by 21% year-on-year to some US$590 million, up 306% over the past decade. This is linked to the aforementioned growth of the luxury jewellery market (fig.3). Unlike gold exports, South Korea’s jewellery exports keep running record-breaking trade deficits annually. As of 2019, exports were up 6% from the previous year to some US$108 million, but imports during the same period increased by 21% year-on-year to some US$590 million, up 306% over the past decade. This is linked to the aforementioned growth of the luxury jewellery market (fig.3).

The consumption of gold jewellery, which takes the lion’s share of the total gold market in the country, is closely related to the domestic economy. The low-growth trend has been evident since 2016, which has affected both general gift/self-adornment and wedding jewellery markets, throwing the jewellery industry into jeopardy. Consumption and sales have continued to decrease due to the contracting domestic economy.

The biggest recent change that has affected the South Korean gold and jewellery market is the change in tax laws. The country banned the import of luxury goods (furs, bags, and watches including gems and jewellery) until 1990, and then started to allow imports but with an introduction of the Special Consumption Tax (SCT) to discourage consumption of goods priced over a certain amount, which varied by item and by year on top of general VAT (currently 10%) and import tax. In 2015, SCT was 20% and another 6% education tax was levied on SCT-applicable items. This resulted in a tax-heavy system that caused the black market to proliferate. Thus, it is not easy to estimate how much gold the Korean public is holding.

Moreover, as more than 90% of precious metals and stones, the main raw materials for gem-set jewellery, were imported, the SCT took away price competitiveness from the production cost. It served as a major impediment to growth not only for the domestic market but also for the export-led sector. In addition, even though South Korea signed free trade agreements (FTAs) with 55 countries, it was difficult to prove the origin of the product to benefit from the FTAs.

As a result of lobbying by local jewellery industry players, the country revised two key laws (SCT Act and Customs Act) three times from 2015–2019 to liberalise the industry and strengthen its competitiveness on the global stage. In 2015, after the first revision of the Special Consumption Tax Act, the threshold for SCT on gems and jewellery rose 20% (another 6% education tax extra) from 2 million won to 5 million won, and retailers were excluded from this tax payment. The SCT on gem (diamonds and coloured stones) imports was completely lifted in the second revision of the act in 2018, and the tariff on loose stones used for gems was removed on April 1, 2020 (fig.4).

The domestic market is not expected to recover quickly amid rising gold prices due to the coronavirus outbreak, poor consumer sentiment and shrinking industrial output caused by a sluggish domestic economy and risk of falling into a long-term global recession. However, the local gold and jewellery industry players are hoping the revised law will help revitalise the domestic market and jewellery export business. 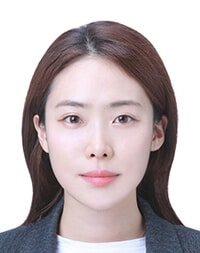