By Sergey Kashuba, Chairman, Union of Gold Producers of Russia A mine operated by Polyus, the largest gold-mining company in Russia and the world’s fourth largest.

Gold production in Russia has been steadily growing over the last 30 years, making the country among the three leading gold producing countries in the world. In 1991, Russia mined 168 tonnes of gold, a figure that has grown to 330 tonnes in 2019. According to the Union of Gold Producers of Russia, a non-profit organisation whose members produce over 70% of gold in Russia, gold production in Russia reached a record in 2019, in particular:

While noting a surge of 10% of gold production from hard-rock and alluvial deposits in Russia in 2019 compared to the preceding year (in absolute numbers, it amounted to 25 tonnes), it is worthwhile mentioning the companies that contributed to the overall increase in gold production: Polyus, Polymetal, Petropavlovsk, Nordgold, Kinross Gold, Highland Gold Mining, Bystrinsky GOK (Norilsk Nickel), and Susumanzoloto. 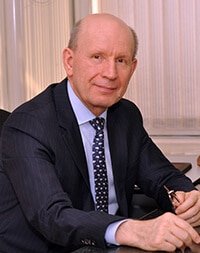 Since 2012, SERGEY KASHUBA has been the chairman of the Union of Gold Producers of Russia (UGPR), an association of gold mining companies in Russia that together produces about 70% of the country’s gold. His experience in the industry spans 15 years in various mining companies, where he specialised in evaluating gold deposits in Russia and CIS countries and in structuring M&A deals of gold deposits. From 1999 to 2002, he chaired the Russian Banking Association’s precious metals committee. Previously, he was the chief of the precious metals department at various Russian banks. He graduated from the Institute of Foreign Languages and worked in various state organizations before moving into the private sector.