The liberalisation of trade regulations concerning investment precious metals in Southeast Asia and the emergence of new markets have created a unique opportunity for trading companies to shape the preferences, buying habits and product awareness of the region’s growing customer base. One of the easily overlooked and sometimes neglected roles of investment precious metals dealers and manufacturers is educating existing and potential buyers, which is important for the future of the market. In the region’s relatively new markets, this role is even more significant and pronounced since it has a straightforward, direct and immediate impact on the growing but still narrow audience.

One of the easily overlooked and sometimes neglected roles of investment precious metals dealers and manufacturers is educating existing and potential buyers.

The experience of precious metals dealers in Eastern European may shed some light on the scope of this opportunity and the profoundness of its potential impact. In contrast to Western European market, countries such as Poland, Czech Republic, Slovakia, Hungary, Romania, Lithuania, Latvia and Estonia did not have a significant investment precious metals trade activity until fairly recently. The fall of the Iron Curtain and the end of Cold War in 1991 opened up their economies to the global market and facilitated wealth acquisition and the establishment of an upper-middle class.

The ensuing change in mentality spanned over twenty years and allowed people to rebuild their long-gone investments and develop a savings-oriented mindset. This mindset, which seemed almost unimaginable during the times when daily food products or amenities were highly sought-after and strictly rationed, became more widespread once the countries entered free market and their citizens, with their basic needs covered, found themselves suddenly capable of accumulating a financial surplus.

Poland’s investment precious metals market emerged around ten years ago, catalysed by the global financial crisis of 2008. It was during this tumultuous time that Polish people started to question their faith in the banking system. The growing feeling of uncertainty over their long-accumulated savings led them to seek alternative, safer means of protecting their assets. Physical gold, with its long-standing reputation of being a wealth preservation tool, was an obvious choice, yet the means of gold acquisition were still rather limited, with jewellery purchases seeming like the only option available.

Reaching out to those customers looking to buy physical gold and raising awareness of the existence of precious metals in the form of investment bullion coins and bars was the very first step for the trading companies that emerged during this period. But this was only the beginning, as there was still a tremendous need for information sharing and education. In the beginning, many inexperienced buyers were oblivious to the fact that prices of precious metals changed so dynamically and frequently, and that the very same product could cost less or more only a few hours after purchase. As such, one of the major obstacles was to alleviate the feeling of being cheated among the customers who had bought a coin or bar and shortly after noticed it available for less, while at the same time protecting the business from those who speculated at the expense of the dealer.

These early stages in the development of the precious metals market allowed companies to promote certain buying patterns among their customers.

These early stages in the development of the precious metals market allowed companies to promote certain buying patterns among their customers, shape their preferences for certain brands and products, and finally to accustom them to certain practices. Encouraging people to make monthly purchases of bullion – thus averaging yearly metal prices – created a loyal base of returning customers who protected the dealers during stagnant, low-yielding months. Early exposure to Swiss and Australian manufactured gold bars made it almost impossible for other brands to enter the Polish market – the preference still being prevalent. Local dealers offering tighter spreads on gold coins and recommending coins more contributed to creating another preference among buyers. In another Eastern European country, trading companies tried to distinguish themselves from the competition by strongly promoting American Eagle coins, marketing them as more prestigious and reputable than other coins. Their success can be measured by the surprising amount of these coins sold, despite being unpopular elsewhere in the European Union.

A desperate need to validate the legitimacy of the business and to build trust among customers led some companies to peculiar and dubious practises of using word “Mint” in the company name (despite not minting any products at all) and to issuing paper “certificates of origin” for their regular bullion products that did not originally come with such documents – accustoming buyers to worthless print-outs and forcing other dealers to time and again explain the pointlessness of such documents. The proximity of the massive and highly competitive German market and the efforts of leading Polish companies to offer very tight premiums, timely and free delivery, broad product portfolio and high quality of service, created extremely demanding and price-oriented customers.

Local trends and preferences, which are often more fluid early on in emerging markets, tend to solidify into long-lasting buying habits.

Local trends and preferences, which are often more fluid early on in emerging markets, tend to solidify into long-lasting buying habits. This has been observed in Eastern European markets, where customers have grown in their knowledge and experience over the last ten years and now have certain expectations with regards to investment precious metals purchasing process. The role of early players in emerging markets is not to be dismissed nor underestimated, as they are the ones that mould the preferences of customers and set local industry standards. Missing this opportunity is not something that neither the companies involved nor the markets themselves can afford. For businesses, it’s a matter of succeeding or not; for the markets, it’s whether they prosper and grow or falter, stagnate and die. 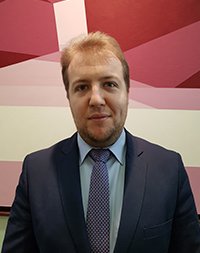 Jacek Baranowski is the Head of International Trading at Metal Market Asia, a Singapore-based bullion trading company, and at Metal Market Europe, a major retail and wholesale precious metals dealer located in Poland and operating in the Eastern European market.