How Will Black Swan Events Impact the Gold Market in 2019? The subprime debacle in the United States (US) that triggered the 2008 financial crisis sent the world’s economy into an abyss of miseries. A decade on, some countries are still trying to stay afloat. On the 10th anniversary of the crisis, the US emerged as the first country to recover from distress. Its robust growth enabled the Republicans and President Trump, who took all the credit for work done by his predecessor, to tighten their grip on the Senate following their success in the midterm elections.

The global financial markets have not fared well for bewildered investors in 2018. The economic system has been rattled by political and ideological differences. Nationalism and protectionism that bring about geopolitical and ethnic confrontations have overtaken terrorism as the number-one threat to the recovery of the global economy. The world has never been so divided since World War II in terms of core value differences and humanism. It remains to be seen if President Trump’s America First policy will serve him well in the 2020 elections, but his unilateralism advocacy might backfire at some point in 2019 as the ongoing trade dispute with China may also take a heavy toll on the US manufacturing sector. That being said, the US has inarguably dwarfed the world with its strong growth, making the dollar the most pursued safe haven this year.

Since the beginning of 2018, global markets have been volatile due to geopolitical tensions, particularly in Q4 when the US withdrew from the nuclear force treaty with Russia and the US-Sino trade dispute intensified (Figure 1). In October, the leading stock indices reached historical highs, which ended up being a critical watershed where the global equity markets began to lose momentum and tail off amid the outburst of trade disputes (Figure 2). The S&P 500 benchmark alone lost $2 trillion that month, its worst performance since September 2011. Global research firm Preqin reported that the hedge fund world collectively posted a devastating 2.35 percent loss in October. The same report revealed that investors had withdrawn $4.6 billion from the hedge fund pool in Q3, indicating a lopsided shift in sentiment away from risks.

The slowdown of growth in China and other emerging markets also stifled the performance of commodities. On the Commodity Trading Advisor (CTA) front, crude stood out as the only rewarding commodity for the gurus. The bearish strategies they employed have enabled them to capitalise on the fact that the US is gaining a more controlling stake in the oil markets as the influence of OPEC wanes.

As for gold, it has a grim story to tell. After its price peaked at $1,920 in September 2005, gold spent the next eight years scrambling for a foothold on the neckline pivot at $1,540. The eventual breach in April 2013 marked an end to the decade-long supercycle of gold. Interestingly, importation of gold into China surged to a record high in the same year. The trend reversal saw gold embarking on another protracted period of corrective tracking even though demand from China has remained strong. This reveals that import statistics for China is becoming more of a reference than an indicator of the performance of gold.

Despite the prevalent risk aversion stance, gold barely appeared on the radar of investors in 2018. The overall demand in Asia barring China has declined significantly, and the supply of recycled gold has shrunk in the same period (Figure 3). This explains why gold skidded further in May to $1,300 before hovering around the $1,160–1,370 range (Figure 4). All these phenomena may indicate that a mid-term bear cycle is slowly unfolding for gold, which is a call for the gold bugs to reassess the aftereffects of the supercycle with a realistic approach.

The factors that have been driving the financial markets in 2018 will continue to do so in 2019. Black swan events will likely swarm global markets in 2019 and catch investors off guard. On the gold front, with China pretty much saturated against a backdrop of bleak economy, Chinese demand for gold will likely taper off.

Below are the potential happenings in 2019 that will keep investors on edge. The factors make up a mixed bag, the resultant impact of which will likely be negative for gold. We expect gold to test $1,320 in H1 before making a reversal to $1,100, which will remain intact for the rest of the year. 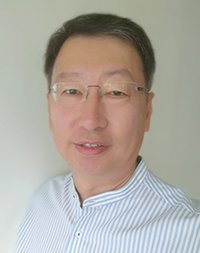 Gordon Cheung has over 25 years of trading experience in the interbank bullion market. Before joining SBMA as its Deputy Chief Executive in March 2018, he spent 12 years as the head of trading and hedge fund sales at leading bullion banks in Singapore and Hong Kong.