The Gold Market: How History Has Shaped the Present Gold’s history goes back at least 6,490 years with the earliest known gold artefact dating to 4,475 BCE in Egypt. Nubia, as it was then known, was the major source of readily found alluvial gold. Nubia lay along the banks of the Nile between southern Egypt and central Sudan and was also the conduit for trade between products from southern Africa into the Mediterranean. Gold’s beauty, malleability and ductility meant that it was not long at all before it became a key trading instrument. Pre-eminent gold historian Timothy Green records that merchants were underwriting contracts in gold ingots in Mesopotamia before 2000 BCE. Coinage came roughly 1,500 years later.

IT IS HIGHLY LIKELY THAT 2019 WILL HAVE BEEN A RECORD FOR NET GOLD UPTAKE AND TAKEN WITH ETF ACQUISITION, THE TWO SECTORS ACCOUNT FOR OVER 800 TONNES OF METAL.

China, now the world’s largest gold mine producer and gold metal consumer, first became aware of gold through trade with her neighbours. Again, Green records that the early ornaments (cast plaques of animals) match those of Scythian nomads who were on the move in the 7th century BCE and it did not take long for gold to become a prized asset, usually bartered for with silk, and largely comprising ornaments and items of jewellery. In the first quarter of the first century CE, Chinese Emperor Wang Mang held roughly 155 tonnes of gold in the treasury, equivalent to $7.2 billion today. Those holdings eroded over time, but now, of course, the level of the People’s Bank of China’s gold holdings is a frequent topic of conversation in the markets.

Gold has been a currency since King Croesus of Lydia (in modern-day Turkey) had the first gold coin struck in the sixth century BCE (roughly 550 BCE) and by the 18th century, gold standards were starting to appear in the international monetary system (with the exception of China, which preferred silver) although silver retained a lasting function as a currency, usually for domestic transactions. We shall return to the monetary and central bank angle later in this piece.

The Pactolus river in Turkey, scene of a gold rush in 560-550 BC and where Jason is supposed to have sought the Golden Fleece One of the original gold coins from Lydia, housed in a Turkish Museum First though, it is interesting to trace how the centre of gravity of modern-day gold demand has shifted. In 2000, India and China accounted for 20% and 6% of world jewellery demand respectively. India had gone through a process of opening up the market, and China had yet to do so. Over the following eighteen years, the share shifted markedly as China’s market exploded, rising to 688 tonnes in 2018 and commanding 32% of the total. With the exception of 2017, China has been the largest individual gold jewellery consumer since 2013 and the two countries consistently account for roughly 60% of total global demand. Jewellery markets in the rest of Asia have largely drifted lower, but in 2019 the whole sector was under intense pressure in the third quarter following gold’s sharp re-rating between end-May and end-September. It took until mid-October before the local markets started to show any fresh interest into buying on dips in price (while the Indian subcontinent and parts of the Gulf weren’t reinvigorated until the sharp price falls in early November). This was a longer adjustment to new price ranges than the markets usually take, but it can be ascribed to economic and geopolitical uncertainty and the associated reluctance to spend. 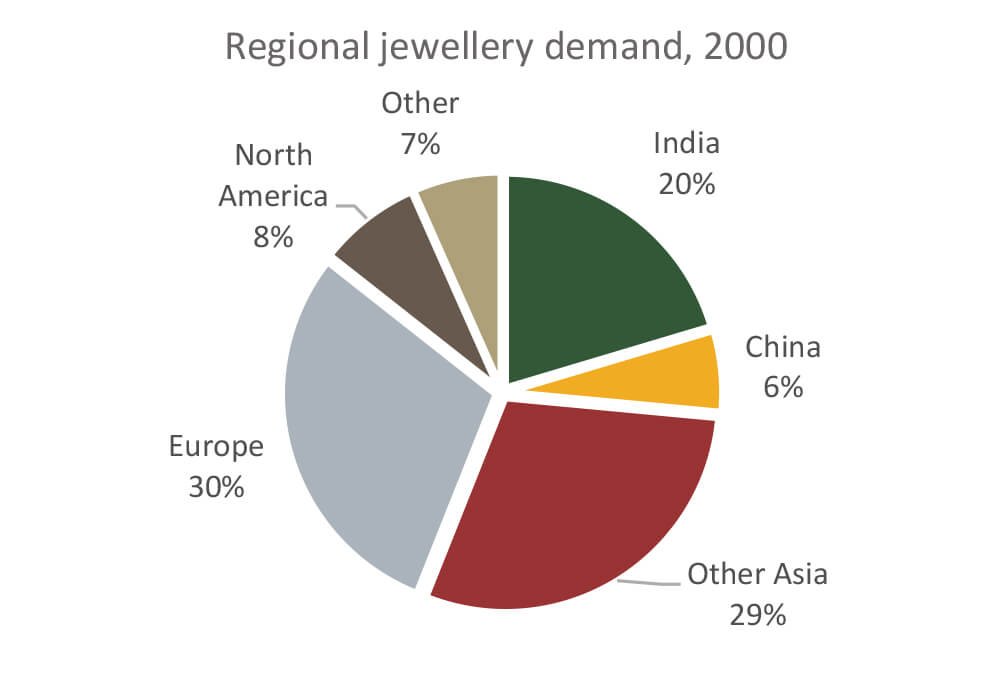 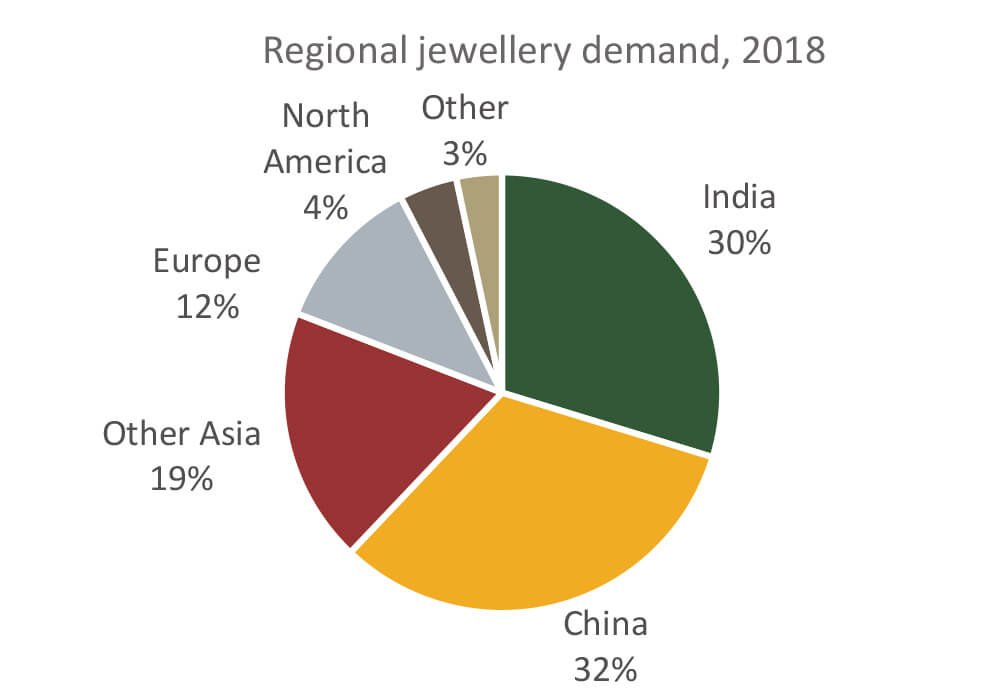 This brings us to recent central bank activity, with net purchases running, on a pro rata basis, at record levels in the first nine months of 2019. Volume buying has been concentrated among a few countries, notably Russia and China, as diversification policies, coupled, in Russia’s case at least, with bolstering the current account deficit (note: purchases of domestic mine production bolsters reserves, while buying on the international market diversifies but does not necessarily boost overall combined reserves by much). Other countries include Turkey, Kazakhstan and Poland. We mentioned the gold standard earlier; a number of Western countries have legacy gold holdings from the eras of the gold standard and thus disproportionately high weightings. If these are stripped out then the average gold weighting in the world’s central banks is 6% of gold + foreign exchange combined. Including the overweight countries, the average is 12%. China’s current weighting is 2.9%, while elsewhere in Southeast Asia the heaviest weighting is in the Philippines, with 10.8%, according to data provided by the IMF and published by the World Gold Council, and most of the countries in the region only have 4% or below.

It is highly likely that 2019 will have been a record for net gold uptake and taken with ETF acquisition, the two sectors account for over 800 tonnes of metal. Given the collapse in the physical retail market in the middle of the year, these two sectors are vital in giving the market a degree of solidity. The message from the official sector is that gold’s historical role as a mitigator of risk remains unaltered. 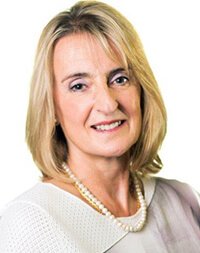 RHONA O’CONNELL has over 30 years’ experience as a commodities analyst, and is a recognised authority in the precious metals sector. She has worked as a metals market analyst in many aspects of the industry, including the mining sector, commodities broking at Rudolf Wolff, where she was a major contributor to Wolff’s Guide to the LME, and in the equity markets and investment banking, where at Shearson Lehman she was the Group Precious Metals analyst. Rhona has held Extel ranking (2nd place) in the gold sector and has been the Association of Mining Analysts Commodities Analyst of the year. After a number of years running the GFMS team at Thomson Reuters, she is now the Head of Market Analysis at INTL FCStone, where she is developing a team of analysts to support the EMEA and Asia sectors in particular.