Gold Forecast 2019 from a Technical Perspective This analysis elaborates our short-term model to forecast the gold price for H1 2019 which, if intertwined with our two long-term models (not covered here) projecting from 2001 and 1975 respectively, will see their paths intersect in December 2015 at a pivotal point at which gold prices would enter another bullish phase. Figure A has the recent rally highlighted in yellow. It begins in mid-August 2018, and highlights the current market action up until January 23. This rally began at $1,168, the lowest in 2018.

This model indicates that a bullish rally is in play. A failure in breaching the technical resistance at $1,300 would lead to a correction that once it has run its course, could see gold trade as high as $1,352.

Closing above the 200-day moving average is a significant technical signal indicating a long-term bullish trend will come to formation. More so it will remain valid as long as the current price can hold above this average. Since January 2 gold has been consolidating and trading sideways. Figure C shows that the gold price broke below the symmetrical triangle. The corrective move could send gold down to $1,267 before veering back to $1,340 or further to $1,247 with a rally to $1,320 by the same measurement. As Figure D shows, on January 4 gold traded in an expanded range as it hit a high of $1,300 before a sell-off to as low as $1,278. The following week saw a series of dwindling lower-high and higher-low swings, which developed into a converging triangle pattern. Gold eventually broke below the support line on January 18.

Our research suggests that gold is in the final phase of a major long-term impulse cycle. This model also provides a look-back at the final major bullish wave could be traced back to end of 2015, following a correction to $1,040. This corrective fourth wave developed from the all-time high at $1,900 in 2011. The model suggest that gold could re-test the record highs that, if taken out, could see an extensive surge to between $1800 and $2200 per troy ounce.

The super-long bullish run from 2001 to 2020 has five major waves. The fifth wave started at $1,040, in December 2015. Red and blue lines in Figure E represent the two Fibonacci extensions.

There are two accepted techniques to forecast the fifth wave. The first technique is to use wave one and use the price gained to create the fifth wave. This will result in wave 1 and wave 5 being equal in length. The other technique is to use a Fibonacci extension of wave three. Since wave three cannot be the shortest of any impulse wave, theoretically the extension could be up to a 1 to 1. However, most Elliott wave technicians will use a .618%, or a .78% extension of wave three to forecast wave five. Charts used in this article are made using data from the e-Signal platform by Interactive Data. 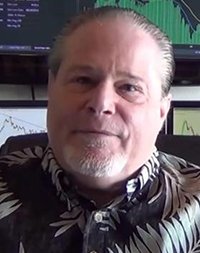 Gary Wagner has been a technical market analyst for 35 years. He co-developed the first software application that identified candlestick patterns for market forecasting an is the co-author of Trading Applications of Japanese Candlestick Charting. He is the executive producer of TheGoldForecast.com, writes a daily column for Kitco News, and is a contributor to Technical Analysis of Stocks & Commodities magazine.